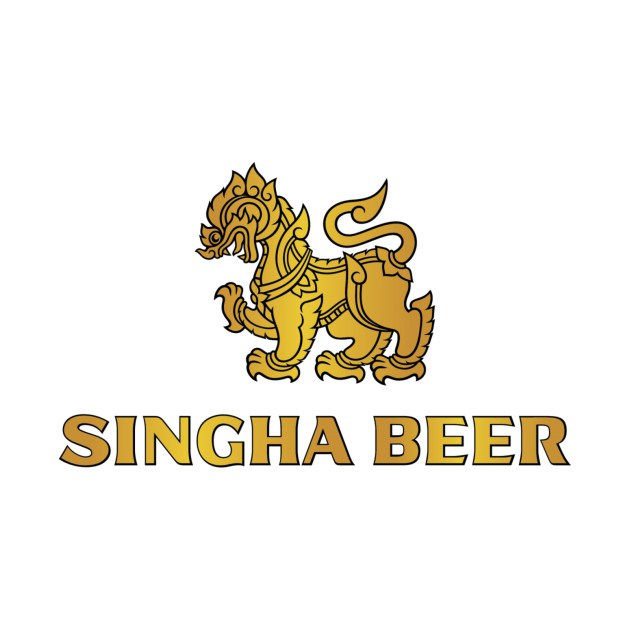 The last time I was fortunate enough to taste a brilliant Asian lager, I was semi-transported to Indonesia where the number one premium beer is Bintang. This time, my beer fridge was taking me to a destination that is nearly just as far away; Thailand! Renowned for the bustling streets of Bangkok, LadyBoys and of course “Singha” beer, I eagerly awaited to be transported to this Asian destination (more for the magical atmosphere of Bangkok than the company of LadyBoys truth be told…).

Asian beers can be unpredictable, though I had high hopes for this one. As I took the beer out of the fridge, I sent a quiet, internal “thanks” to the team at Singha for the two complimentary bottles they had generously sent me. Taking the first chilled bottle, I popped the purple cap and noticed that the primary logo of the beer was on it, matching that of the label. “Singha” is actually a Thai mythical creature in the form of a lion. It is heralded as the king of the jungle and symbolises power, strength, courage, leadership, perseverance and endurance. Thinking of these bold characteristics, I feel that I’ve experienced at least a few of these – courage (I’ve been sceptical and uncertain about some beers prior to tasting) and perseverance (I have definitely persevered in trying to find the best beers out there). If these symbolic words came close to describing the beer associated with the logo, I was in for a treat. With the golden mythical lion in my hand, it was time to taste.

Fun fact about Singha – the brewery are hyper-vigilant regarding quality control. They have a specific team that taste each batch of beer to ensure a premium and consistent quality – I’m in the wrong job! 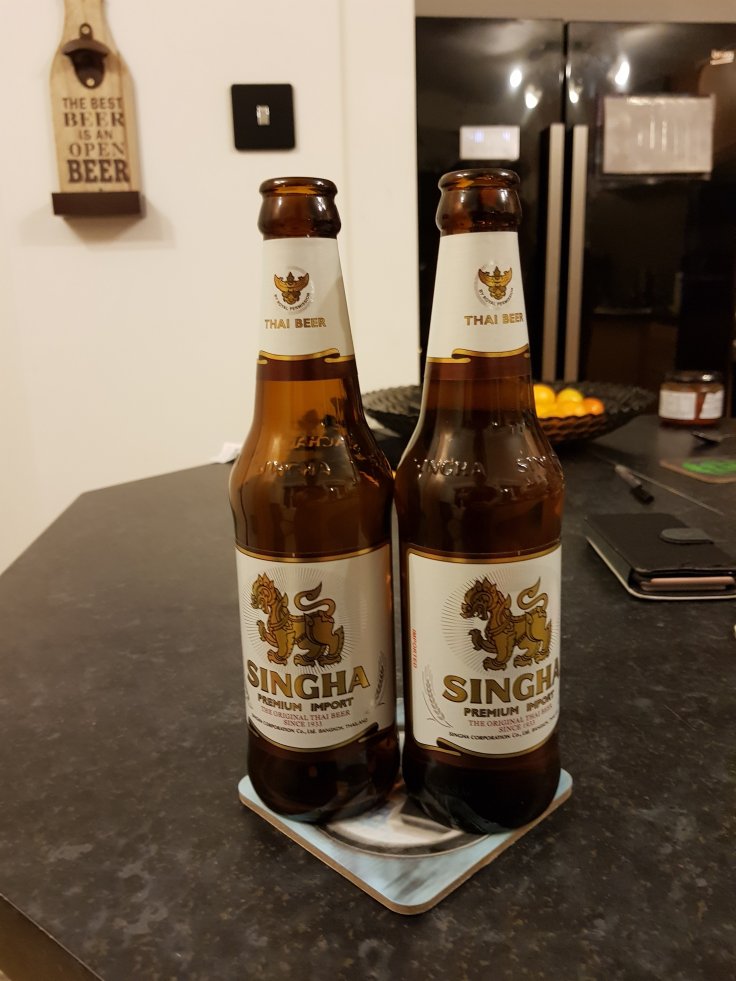 It poured a golden yellow in colour; bright, with a big frothy white head. Very little aroma came from the beer, though this is quite typical for a lager. I lifted the beer for tasting as I headed towards the couch; the froth cooled my upper lip as I found myself taking a big first gulp. Whoops! A bit big for my first tasting! Once I recovered from nearly spluttering away half of the initial mouthful, I sat back on my chair and restarted my tasting ritual. Despite a quick swirl in the glass, the head of the beer remained proud and tall. It had a lovely, crisp, clean taste. It wasn’t a complex beer, but these lagers are meant to be light and easy drinking (which it most certainly was).

At 5% ABV, it’s a pleasant and light beer. When sitting in a busy market area on a late evening in Bangkok, I’d happily sink a few of these and people-watch as the world whizzes by.

Rating: 2.75/5. Singha is a nice national lager that has earned its international popularity. Light and fresh, I’d happily drink it again.

Any suggestions for my next Asian beer? Let me know in the comments section below! Tell me where your favourite foreign beer is from and if you have any queries about what beers to try, just send me a message.