Naturally, all of these points scream ‘made in America’, but then I notice – “Made in Edinburgh, Scotland”!

Another brew from my home country, from the capital city of Edinburgh. The founder of Barney’s Beer is the son of a brewery worker, so this guy has beer flowing through his veins (Doctor Disclaimer – this isn’t actually fact!). On top of this, he has a degree in ‘Brewing and Distillery Science’. Sounds like a perfect combination to me! I had never heard of ‘Barney’s Beer’ before, but lo and behold it was named one of the ‘Top 5 Scottish Craft Breweries’ in 2013.

‘Glory Days’ is described as an “American Wheat IPA”. I see more and more beers having duel profiling references. The primary hops are Ahtanum, which are known for having citrus, pine and earth notes. The beer itself comes in at 4.2% ABV and has an IBU of 30. Until my recent Newcastle Brewing Company beer-tasting experience, I hadn’t ever realised what IBU meant (probably because I was focusing on ABV)! IBU stands for ‘International Bittering Units’ and has a scale from 1-100. As the number increases, so does the bitterness of the beer. Once the IBU level reaches 100+, the human palate isn’t capable of sensing any increase in bitterness, hence the upper limit.

Upon opening the can, it immediately started to foam over and had to be quickly poured to prevent making a mess and wasting beer! The beer itself poured a light, straw colour, but was hazy in appearance. A tall, bright, white foam head was produced, which slowly settled. On sampling, it started with a slight bitterness that I would associate with the IPA style, but this quickly dissipated to give way to an overly ‘bready’ tasting experience. This is typical of an American style wheat beer, compared to the clove and banana flavouring traditional in the continental European hefeweizen/weisbeir varieties. This beer creates a particularly savoury experience. Nothing else dominates within the flavour profile, but there’s nothing wrong with that, particularly if you were to drink this as what I would refer to as a ‘table-beer’ (i.e. with meals). I had this beer later in the evening, so you live and learn – at least I now know how I would drink this beer subsequently. 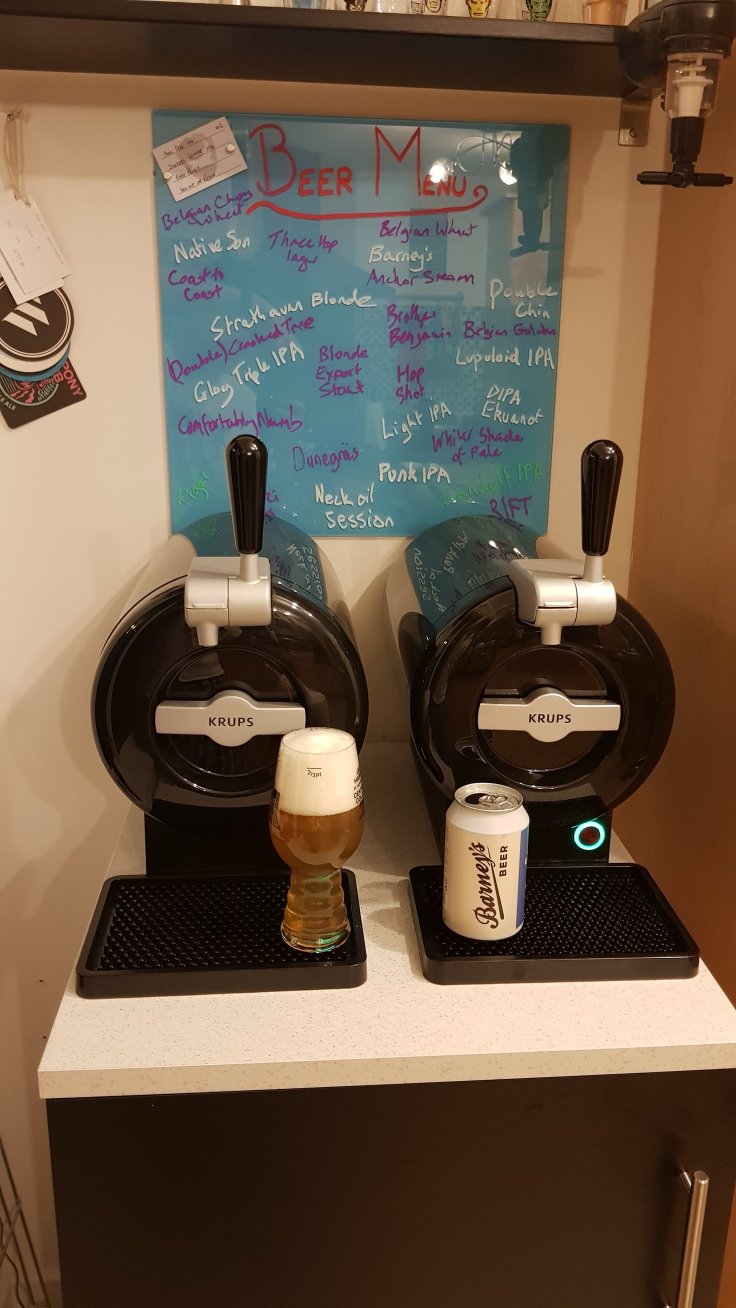 Rating: 2.5/5. ‘Glory Days’ by Barney’s Beer was a nice introduction to a new brewery. Simple and clean in flavour, making it easy-drinking. This is one of their limited release beers, so I would like to explore some brews from their core range.

Side note – this beer is actually rather similar to BrewGooder Clean Water Lager.

Keep me up to date with your beers? What should my next one be?