This was a great start to BrewDog’s new beer subscription service.

All cans are 330mls and the second set of Fanzine beers are as follows:

A reference to pool (billiards) and a can description depicting stone fruit – this, in combination with one of my favourite beer styles, excited me. This dark-green can produces a hazy golden colour liquid, very cloudy in appearance, characteristic of unfiltered NEIPAs. A moderately sized foam head was formed on top, which I then marked right in the centre by pouring the last drop from the can. The beer gave off stunning aromas, increasing my anticipation for this brew. I had my first sip, hoping for good things, but the flavour profile didn’t match up with the scent. It was creamy smooth, with a base of oat and malt, both of which could be easily picked out during tasting. Unfortunately, apart from a hint of citrus at the end of drinking, the promised stone fruit punch was missed. This was my first below average beer from Fanzine… Hopefully the next one will be better! 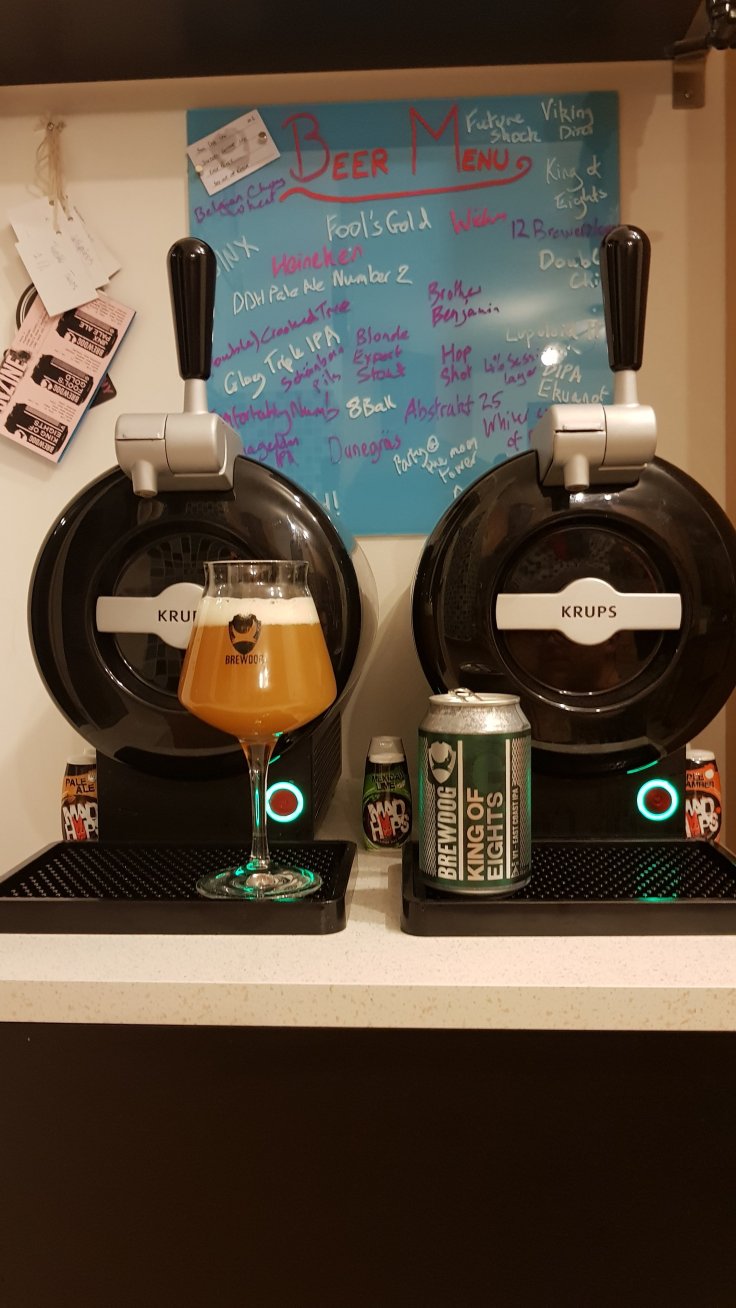 Rating: 2.0/5. ‘King of Eights’ wins your heart with the sensational stone-fruit NEIPA aromas, but unfortunately doesn’t back it up with its flavour profile. On twitter, @BeerOClockShow, advised drinking this beer first if you’re about to tackle the second box line-up as they found it below par also. I’ve got to agree with them on this! Enough rambling, onto the next beer.

Next beer is served. It pours from a smoke-grey coloured can design and produces a lighter beer in comparison to ‘King of Eights’. There was little aroma from the beer, with a small bright white head. The foam head settled and laced the glass. The first tastes were crisp and light, giving way to subtle herbal and spice flavours. This was then rounded by some biscuit notes. An easy bitterness completed this German pilsner beer, which had an excellent mix of hops and malts. 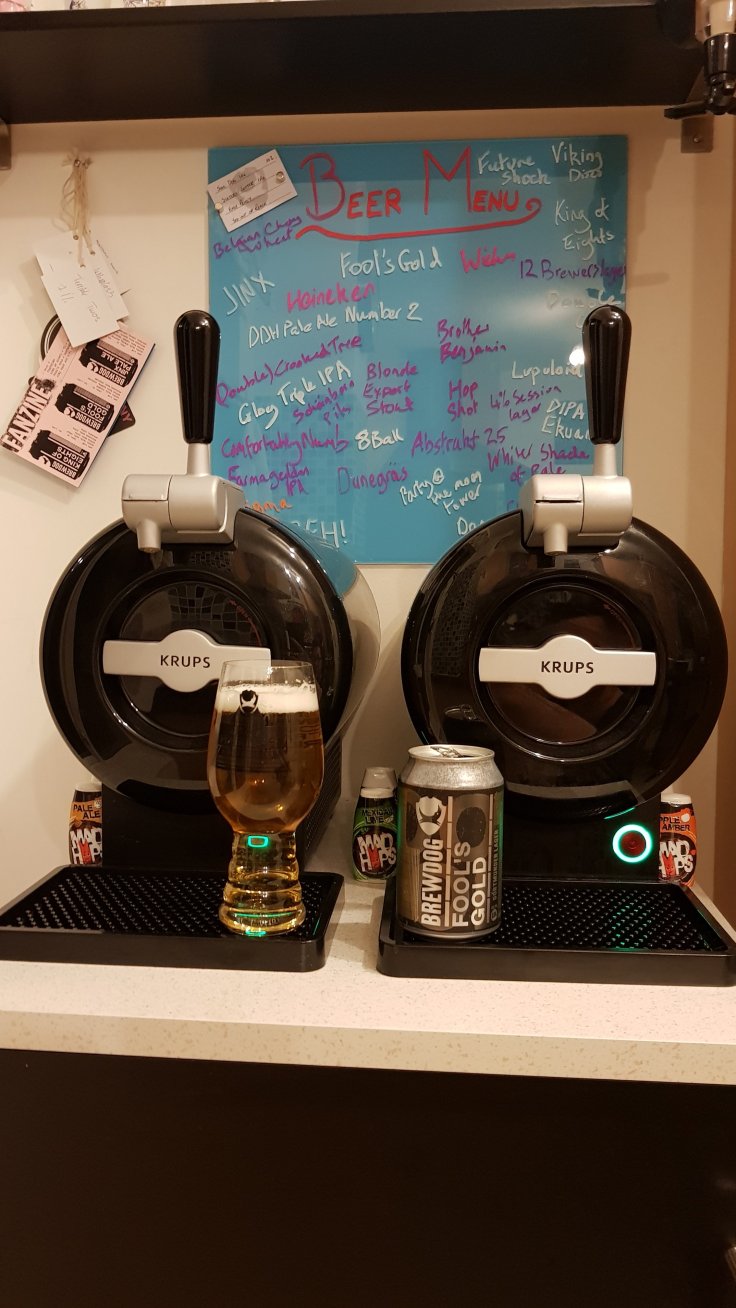 Rating: 3.25/5. ‘Fool’s Gold’ restored normality in my beer world following ‘King of Eights’. A great, light-drinking lager, with a surprising complexity to it. I could easily have a few pints of this in a beer garden, which is my marker on how I rate a lager.

This can is brightest in colour of the trio that arrived on my doorstep a mere 48 hours ago. Bright blue dominates the background with “JINX” zinging out in a vibrant green. On pouring, this beer is the darkest in colour – a golden-amber. A minimal head was produced, which dissipated quickly. This beer also gave off little in the way of scent – possibly a touch of grapefruit? – though this need not fool you into predicting a lack-lustre beer. The initial taste of this beer fuelled my hop desires, and this was followed up with a malty, biscuit undertone. I also got a hint of bitter pine, which is a common feature in BrewDog’s beers that incorporate Simcoe hops. 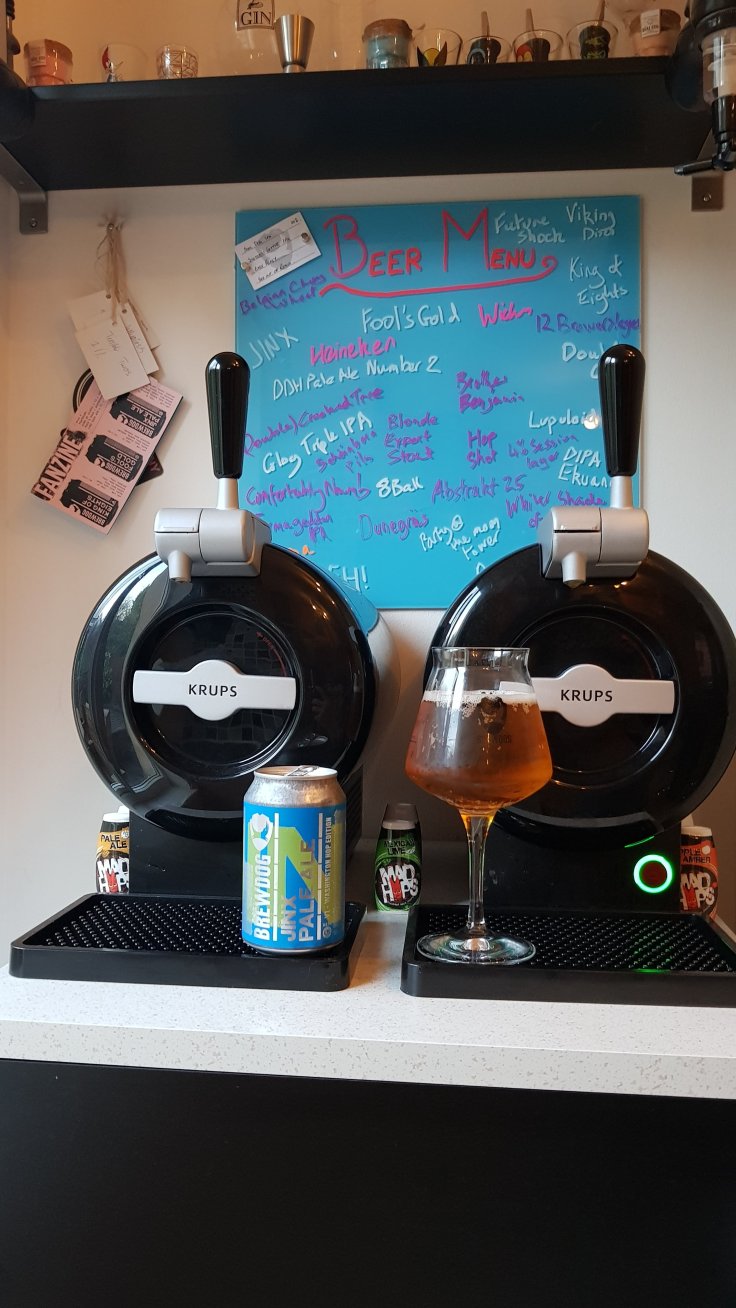 Rating: 3.0/5. ‘Jinx’ was a great, light beer that could easily be enjoyed after a hard day at work as it was in this instance! With a savoury feel to it, this would complement a meal.

Overall, I’d say that this box was ‘hoppier’, but probably didn’t hit the same heights as the initial Fanzine pack. Collectively, the beers are still performing above average. I’ll continue to enjoy these beers, conveniently being delivered to my doorstep every other week. I hope that their ‘Milkshake IPA’ gets released soon – I’m dying to get my hands on this!

Let me know your thoughts in the comments or send me an email!

If you want to join the Fanzine experience AND want a £10 voucher for the BrewDog website? The sign up via the link below, select referred by a friend and use “Dr Beer” in the referral section! The associated email is: thebeerbloguk@mail.com

3 thoughts on “Fanzine. The Second Selection”