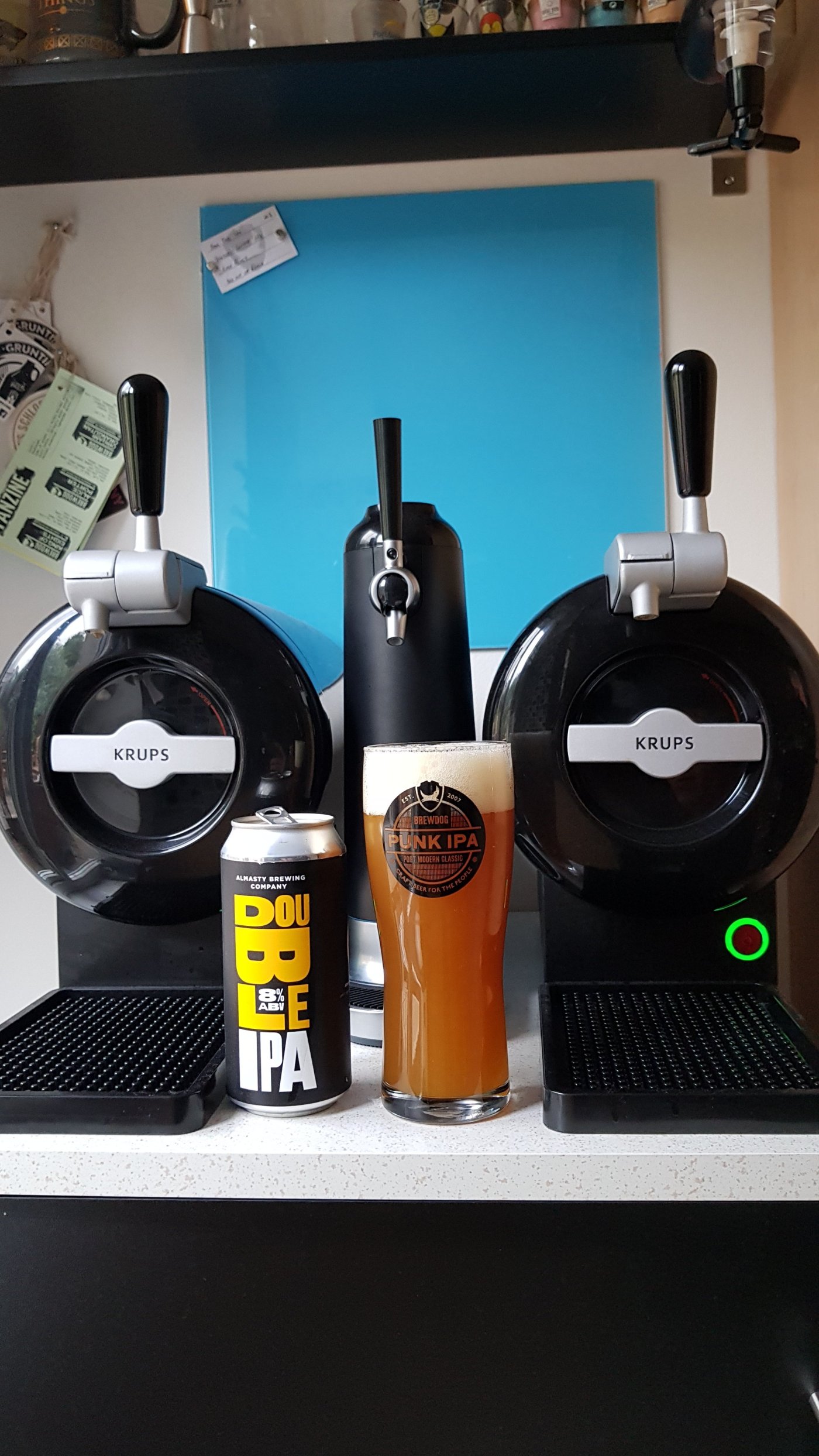 So Scotland aren’t in the World cup this year. The last time they were in a major football competition, I was 20 years younger – the youthful age of 6! Although I can be disappointed that Scotland’s main international rivals, England, are in Russia playing on the greatest football stage, I can at least enjoy some of their fantastic craft beers whilst they play.

I tried finding a Tunisian beer. I wasn’t successful – so England automatically win this beer-match.

This is my first beer from Almasty and I think the can really ‘zings’. It has bold text on the front, with burnt-yellow and white pearl letters standing proudly on the can. The beer poured a deep orange in colour, quite similar to the shades of the lettering. It has a turbid appearance, with no transparency underneath a fluffy foam head. It smelled amazing – full of tropical notes. Upon sampling a lovely hop-filled mouthful, these tropical characteristics subtly came through. These were then replaced with an intense bitterness – more than expected – and in my opinion, it was slightly overwhelming. This made me slow down my drinking, allowing me to notice the gente 8% ABV warmth tingle the back of my throat, which makes it taste a bit better.

Football: Tunisia 1 – England 2. The beer competition may have been uncontested, but England as a team were very uninspiring for periods of the game… Like this beer, the team promises so much on paper, but can fail to deliver as expected when it really counts. Nonetheless, the English national team did grind out a narrow late victory and ultimately, that’s what is going to take a country far in this competition.