This is actually the second Australian beer that has featured during my ‘Beer World Cup’… Last time the Aussie’s were victorious on the beer front, but sadly fell short in the football, against a youthful and highly talented French side.

This beer was bought from Grunting Growler. The brewery, Evil Twin, originated in Denmark. They are described as a “gypsy-” or “travelling-brewery” because instead of having a home base, Evil Twin brew at a variety of sites worldwide, allowing for some fantastic collaborative brews. This beer was technically brewed in Boston, USA. Upon pouring, it was a pale sunshine-yellow colour, with a moderately hazy appearance. The small foam head dissipated quickly, completely vanishing within a minute and looks would deceive you into thinking that it had never been present in the first place! This is not a surprising phenomenon for a sour-style beer though. The smell was sensational; literally a tropical paradise in a glass, totally filled with passionfruit and mango. Upon sampling, the beer was quite light, and the tropical flavours initiated the drink before a sudden burst of sourness came through. The sourness was manageable in small sips, but repetitive sampling in quick succession lead to the “screw your face” sour look. Nonetheless, as Denmark scored within the first 10 minutes, I lifted my glass to toast their incredible goal. 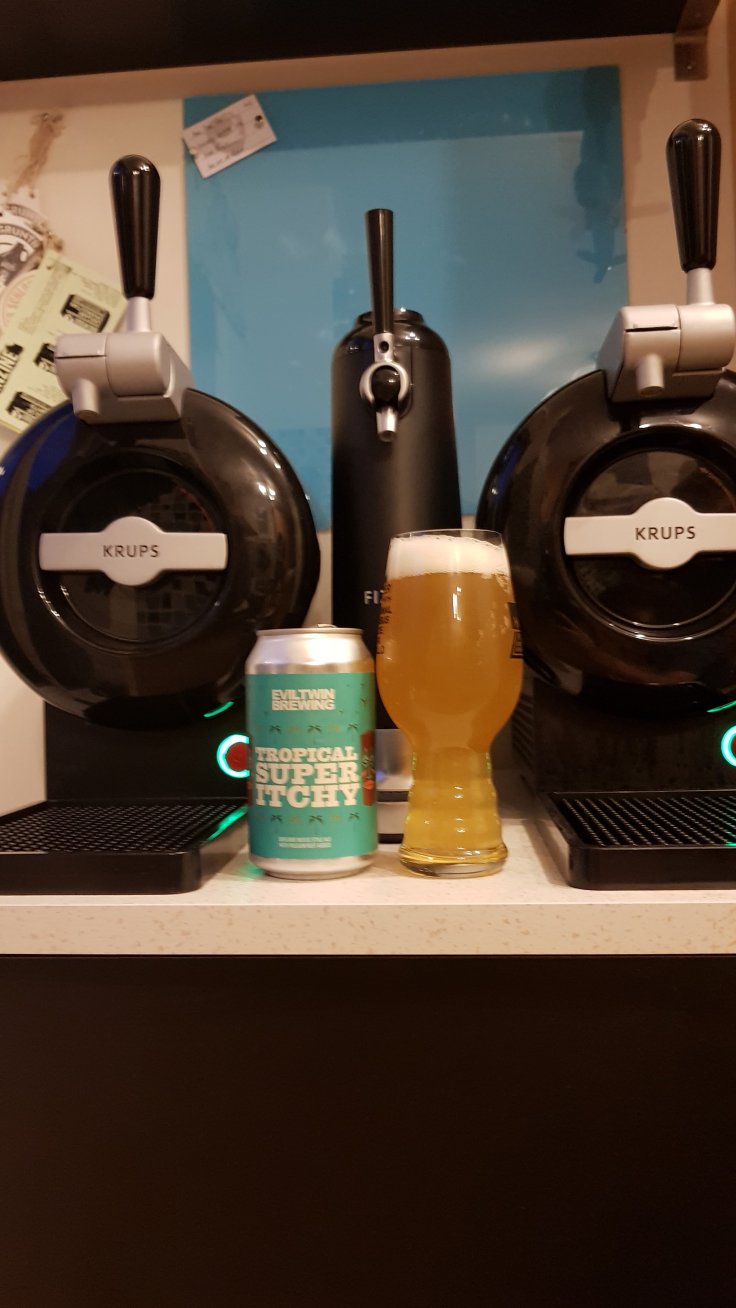 Rating: 3.0/5. ‘Tropical Super Itchy’ is on the fine line between good and “bloody outstanding”. Overall, it was a nice sour, but I feel that the sourness overwhelms the passionfruit that is promised. If this was tweaked slightly I think that this could be a real winner.

Little Creatures Brewing is a brewery that I had been trying to acquaint myself with for quite some time, but their beers had not been easily accessible. A local bar has advertised their beers on their menu, but I’ve had no success with stock whenever I’ve ordered! As such, I turned to the internet and finally managed to order a bottle. I was a bit surprised at the design on the label: overall, it had a very plain look, with a cherub featured in the centre. I don’t know why, but I expected bright, jazzy designs. It poured a light caramel colour with a very slim bright white head. The beer had a nice mix of hops, with an undertone of sweetness from caramel, and was finished with fruity bitter elements.

Rating: 3.05/5. “Pale Ale” is a beer I’d definitely have again. Although quite simple in appearance, the flavour profile has a greater complexity. Not only would I return to this beer, I’d happily have a few bottles in one go!

Football: Prior to tasting these beers, I predicted a Danish win, both for the football and the beer. The outcome was a draw for both! The Danish were stronger in the first half, but the Socceroo’s were unlucky not to steal a win with a strong performance for the second half. 1-1

One thought on “Denmark vs Australia”