France are already through to the last 16 thanks to their first two games of the competition; nonetheless, their performance has been underwhelming with regards to both football and beer… Denmark have had mixed fortunes so far but are still aiming to reach the knockout stages of the competition. The game is starting, so let’s get the beers open!

Personally, I am undecided on the appearance of the can; I feel that it’s been quickly produced on ’Paint’. Regardless of the look, I quickly cracked it open and poured it into the glass. For a pilsner, this beer was much darker in colour than I expected: it was a slightly hazy amber colour with a moderate size white foam head, which fizzled out quickly, leaving a froth outline on the glass edge. Scents were primarily resinous and herby, quite common with American-based hops. In taste, the beer was light, thin and dry, but there were subtle hints of citrus, resin and pine throughout. Whilst drinking, I felt a bit confused… It’s labelled as a pilsner but tasted like a weak IPA. 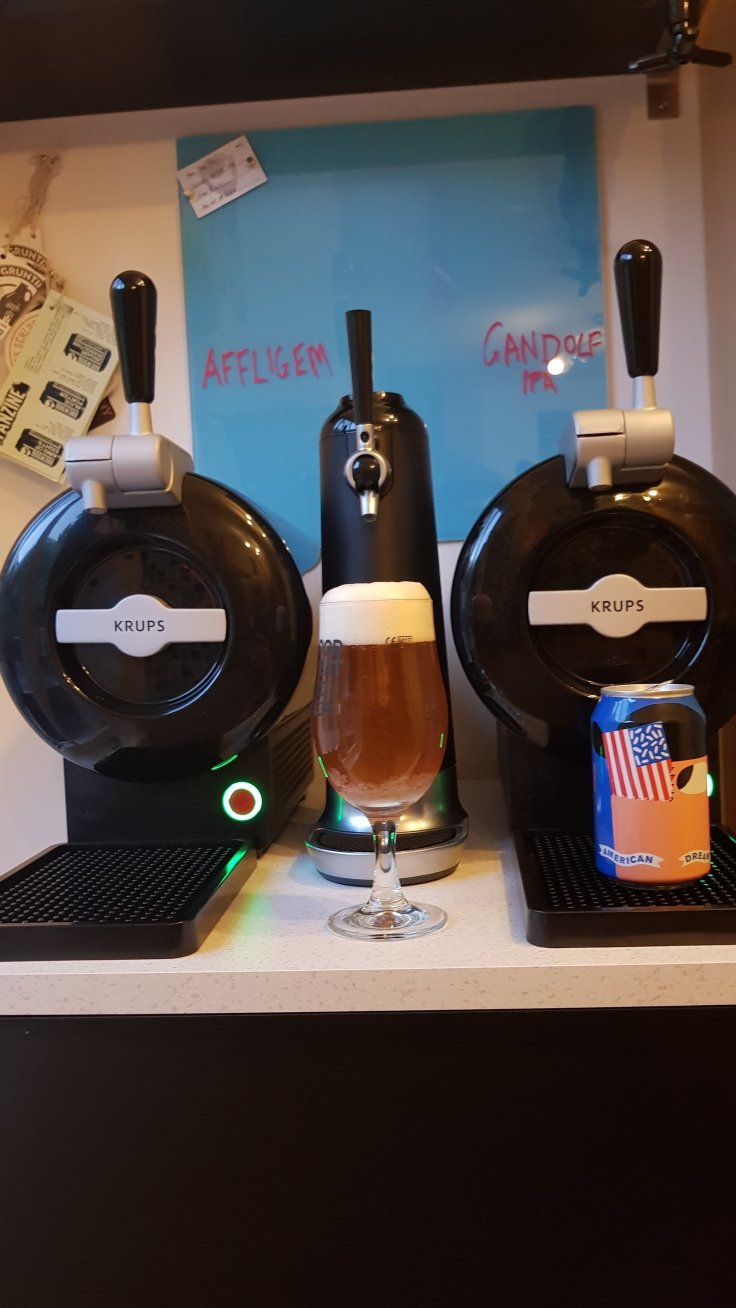 Rating: 2.75/5. ‘American Dream Pils’ is at a fork-junction: instead of choosing one direction and sticking to it, it’s as though the brewery has tried to make a new road down the middle, but has got tangled up in the deep wilderness!

Every time I get a new beer out, I always get a buzz of excitement at the prospect of what’s to come. In comparison to the lighter French beers that I’ve already sampled, this is an IPA, so absolutely no excuses can be given if there is a lack of flavour! Upon pulling the bottle from the fridge, the first thing I noticed was the blue banner wrapping the bottom portion of the bottle: it had the beer’s name in a bright white text, with ‘IPA’ written in orange underneath and both pieces of text really stand out. After studying the logo, I realised that the bottle shape reflected the figure of a wine bottle, with a seamless transition from a narrow neck to a broader base.

The beer itself poured a deep toffee colour, with a moderate bright white foam head, which lasted for the majority of the drink. Little aroma arose from the glass – primarily a resinous pine came to mind. On sampling, I eagerly awaited a resinous, citrusy flavour, but felt that it fell flat and just had a bitter taste. 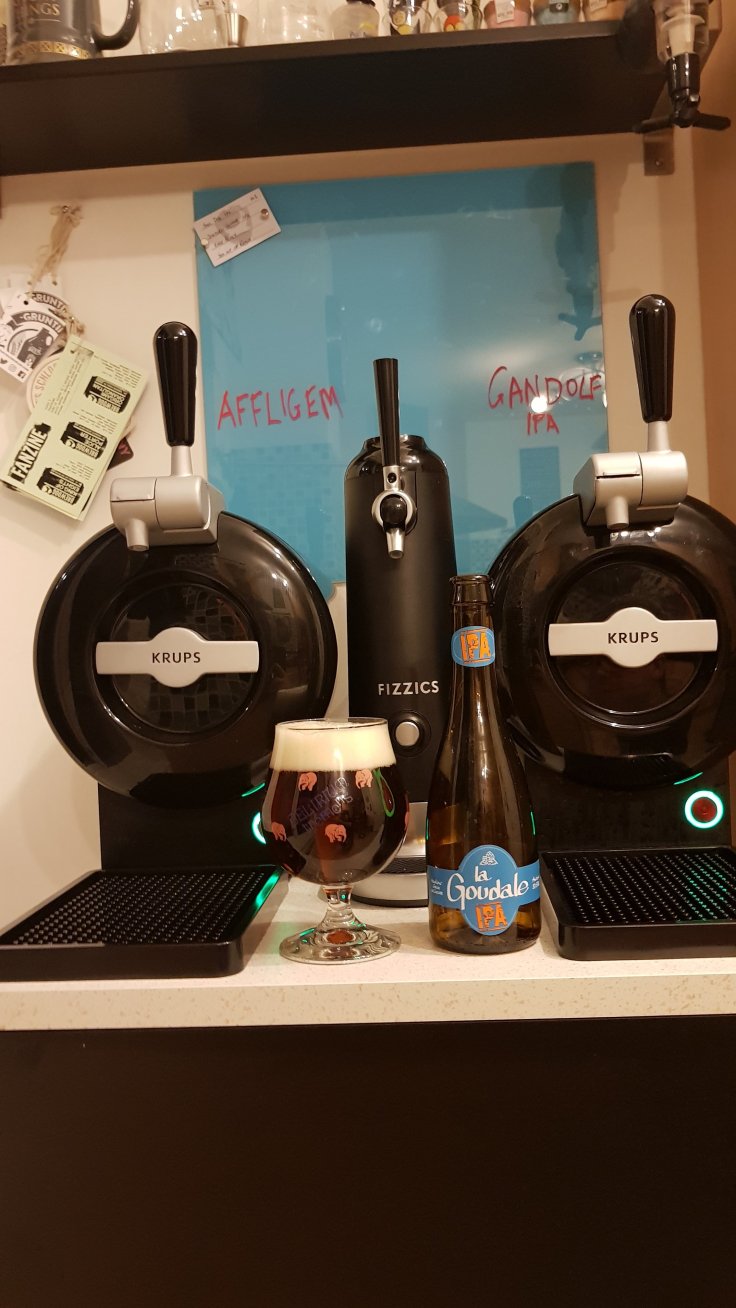 Rating: 2.0/5. ‘La Goudale IPA’ is an IPA that isn’t particularly rounded and tastes like a generic, non-descript barrel ale. Think about the lovely bitterness that an IPA gives at the tail-end… well that’s how this tastes, but for the full tasting, as opposed to just rounding off the beer. It’s one dimensional and lacks the complexity that I have come to adore with an IPA.

Football: Denmark needed one point to progress, whilst France were already through. It felt more like a training session for both sides – they just had to coast through the game smoothly, with no injuries, fouls, etc. Now both are through to the last 16, which is ultimately the most important result for both countries. French beers are unfortunately struggling to perform, but the Danish beers remain strong!