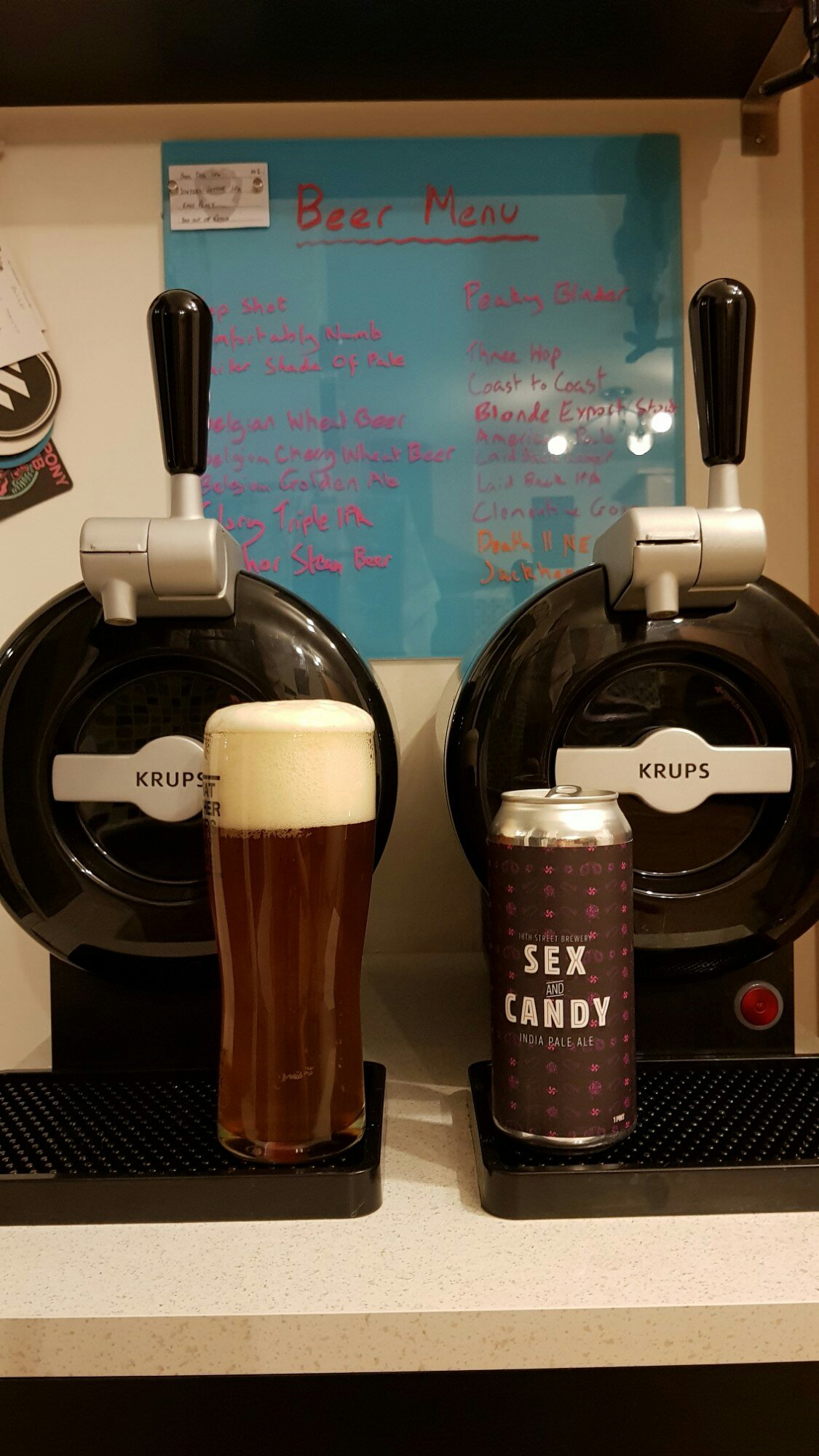 For some reason I always feel as though buying beer online can be risky. Even though I can see the full description, I seem to have more faith in myself when randomly picking beers straight from the shelf. I choose from the shelf vaguely based on the following parameters:

‘18th Street Brewery’ initially started as a home brewery in Indianapolis, back in 2010. Since then. it has gone from strength to strength, and now has 2 taprooms and a craft beer bar amongst other facilities, making it the second largest brewery in Northwest Indiana. Their labels’ artwork has a predominantly dark theme, which looks incredible, but aren’t for the faint-hearted.

This can really caught my eye whilst browsing through a sea of beer icons on the website. This was because of the deep, mysterious purple design – it was a standout. It looked deceptively simple from a distance, but when I got my hands on the beer itself, I quickly realised the can had multiple little symbols tying in with the beer’s playful name. The four different logos were:

The beer poured a light orange colour, with a medium-sized white foam head. This settled over the initial 5 mins, halving in size and leaving a lace effect on the upper edge of the glass. The beer had a slightly turbid look; neither transparent, nor cloudy. The most dominant aroma was a sweetness, making me think I was in a ‘Pick & Mix’ store. On sampling, the flavour was wonderful: it was a smooth, light mixture of citrus orange, sweet caramel and delicate floral/pine notes. Despite the light body, a modest alcohol warmth came through. I was initially uncertain about the percentage, as I couldn’t locate the ABV on the can, but I wasn’t surprised when further research revealed it to be 7.5% – it’s noticeable and collides with a slight bitter note, preventing the beer from being overwhelmingly sweet! 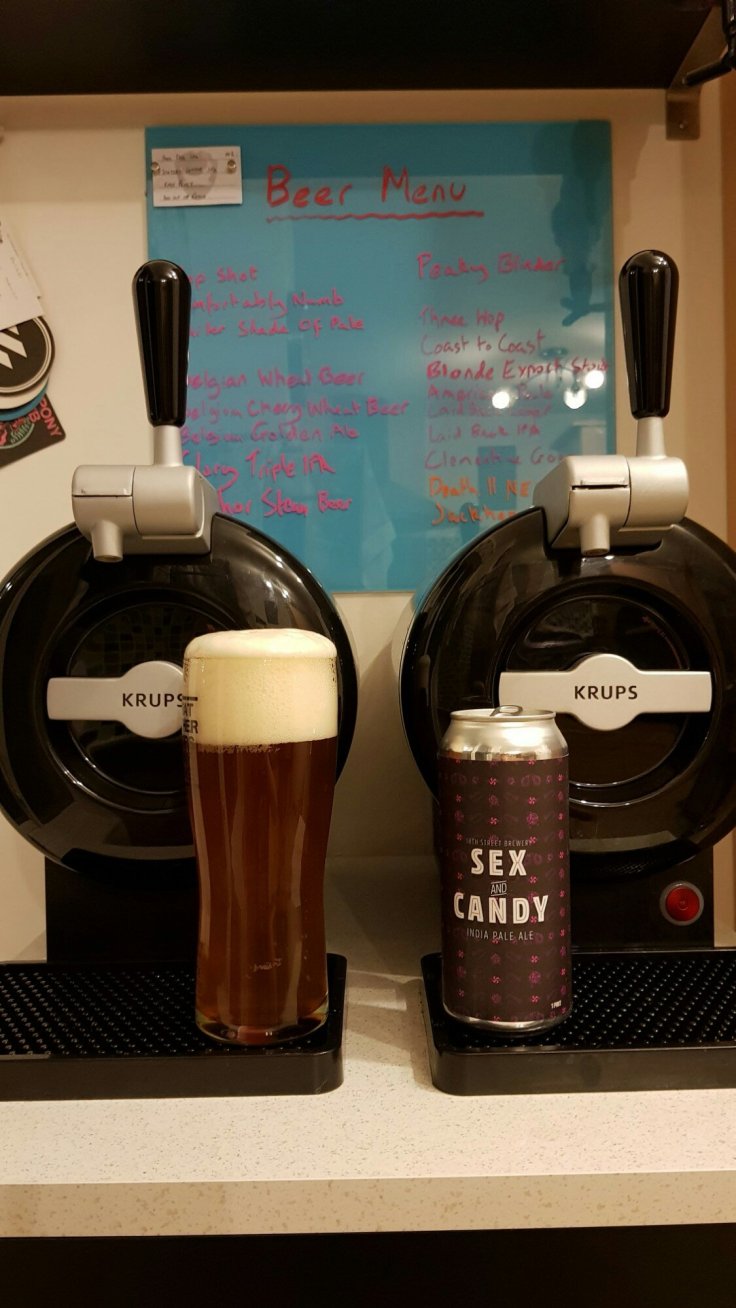 Diagnosis: 3.75/5. “Sex and Candy” is a great evening beer, to be enjoyed after dinner and sipped slowly to savour every sweet mouthful. I may have bought three of them, but these aren’t going to last long!